The world’s first-ever larger passenger aircraft (40-80 seats) powered by liquid green hydrogen is to fly between the Netherlands and London in 2028. A unique feat: a major Dutch partnership is building the complete hydrogen powertrain for aircraft, completely green, from fuel to propulsion. The system will be scalable to larger aircraft. No more CO2 or nitrogen from the exhaust, so zero emission air travel. Hydrogen Aircraft Powertrain and Storage System (HAPSS) is an entirely Dutch public-private partnership, set up by Unified International and InnovationQuarter with 17 companies, including Fokker, TU Delft, the Dutch government, the Royal Dutch Aerospace Center and zepp.solutions. From the National Growth Fund, €383 million was allocated to the Aviation in Transition program, of which the HAPSS project is the largest component. 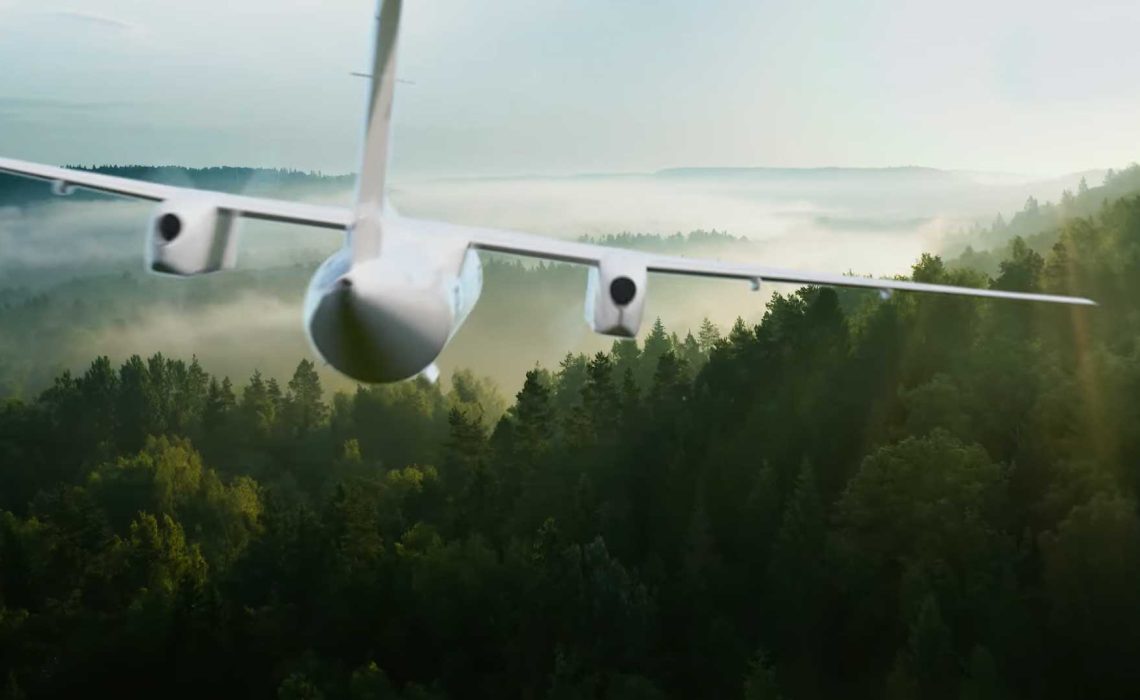 One-to-one contribution to Dutch GDP and the green economy

An international survey shows that more than 90% of consumers are willing to pay more for a flight, provided it is completely green. The HAPSS program achieves zero-emission air travel and helps the Netherlands to become the leading supplier of such systems worldwide (tier-one position). The system will initially be built into an existing turboprop aircraft with 40-80 seats and can then be used in new zero-emission aircraft with even more passengers.

“This is unique worldwide according to experts. And the best part: above this project flies a completely Dutch flag, so this project contributes directly and one-on-one to the Dutch GDP,” says Michel van Ierland of Unified International. As of 2028, HAPSS will provide 1,200 jobs. “We are providing structural employment in the green economy with this program. In addition, we are opening up a €16 billion world market for the Netherlands. This is very interesting for Scandinavia and New Zealand, for example, where for shorter distances people are still focusing on battery-electric technology.”

Van Ierland calls it “an absolutely unique project where the red-white-and-blue splashes from. We have had a strong aircraft manufacturing industry in the Netherlands for 100 years. And we are very good at working together, companies with knowledge institutions and government – the golden triangle. And if the parties connect their knowledge and skills with each other, you will soon have such a world first as in 2028. I am incredibly proud of that.”

How does it work?

The entire chain in an aircraft, from fuel to propulsion, will be fully and completely green. 17 organizations and companies, including Fokker, TU Delft, zepp.solutions and Saluqi, are working on various parts of the chain, under the direction of a newly established BV. Where fuel is currently stored in the wings, in the new aircraft these will be replaced by hydrogen capsules in the tail of the aircraft. The hydrogen is then transported to zepp’s fuel cell systems and converted into electricity. In the motor, the electricity is converted into motion and sent to the propellers. “It sounds easier than it is; the piping, for example, is also a complex matter,” says Bert Klarus of InnovationQuarter. “If you want to transport hydrogen through pipes, you have to keep it well under control with pressure regulators and compressors. And there is also a lot of heat released, you have to do something with that too.”

InnovationQuarter, the regional development agency for South Holland, has been building the HAPSS program together with Technology Park Ypenburg and Unified International since 2020. “We have brought the partners of this consortium together, always with the explicit ambition to make this a Dutch solution,” said Bert Klarus.

Dutch and European aviation authorities have also been hooked up. “This system has to be certified, but we are very hopeful about that,” Van Ierland said. “We are building and tinkering with an existing, robust and proven system. We can benefit from that.”

The Netherlands finally takes the lead in aviation again

The Netherlands has 100 years of experience in aviation. But with the demise of Fokker as an Original Equipment Manufacturer (OEM) in 1996, the demand for Dutch-made aircraft components came to an end. In the meantime, the ecosystem has only been used for aircraft platforms such as Airbus, Boeing, and Lockheed Martin (F35). This is now going to change. With the HAPSS project, the Netherlands is positioning itself worldwide as a supplier for airlines that need to start flying sustainably. Potential customers include Airbus, Boeing, Embraer and De Havilland.

Other countries are experimenting, but not competing

In America and the United Kingdom, experiments with hydrogen-powered flying are also taking place, but mainly by parties that have their origins in commercial, sustainable energy supply. “Those have a different focus. They are potential customers and partners for us, rather than competitors.” Parties like Airbus/Leonardo and Embraer are also working on hydrogen technology for their future aircraft. However, their horizon is a bit further away, the period after 2035.

This article was originally published on the InnovationQuarter website. Read the Dutch media coverage by FD, AD, EenVandaag, BNR and Radio1.

Read more about HAPPS on our HAPPS project page.